As I ate outside on this cool, dry, smoky SLC morning -- home again, drinking orange juice, wildfires in the south -- I realized that for a trip in which our main focus was music, we certainly haven't posted much for you to listen to.

We're not quite done with all the recording of our new EP (recorded almost entirely in China is going to have to do, unfortunately, hope you don't want your money back), so we can't show you any of the new songs just yet. But, as a wanderer in a new place, my most invaluable piece of archival equipment (usually my sketchbook) turned out to be my little field recorder this time around. So I'm going to tell you about a town in Western Sichuan called Moxi, and I'm going to involve your ears a bit.

Field Recordings from China - Playground in Moxi by Matteomusic 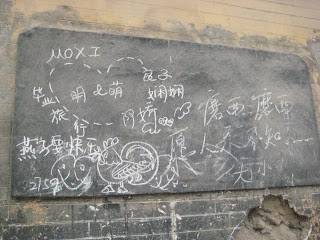 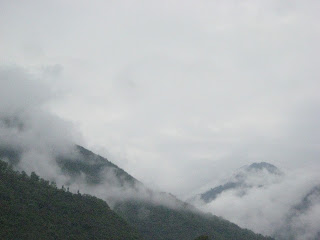 Moxi sits at the base of Gongga, a huge, glacier-cut mountain with warm springs and sharp, snowy peaks. We never saw anything but its rolling foothills, due to the fog and the outrageous price of a gondola ticket, but we felt its presence -- coming up from the huge hydrological basin that Chengdu and its surrounding farmland sit in, Moxi's steeper hills and thinner air felt like home to us Rocky Mountain folk. 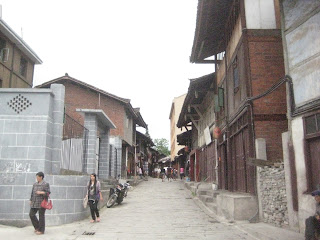 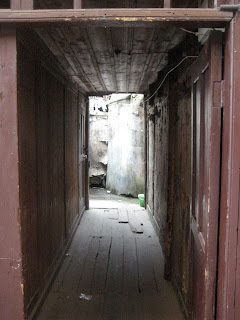 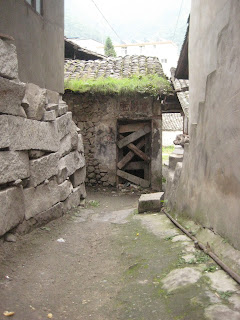 We also felt Moxi's significance as a cultural gateway -- a town just inside the rich, fluid middle segment of the Venn Diagram that plots Sichuan with Tibet. As with most borderlands, the political, cultural, and ethnic boundaries are asynchronous and unreconcilable in Western Sichuan. Women wear dark robes, and have red lengths of cloth braided through their hair, which they wear in circles around their heads. Tibetan kids stare at us and push each other, and their screams and laughter sound identical to the afternoon noise of the playground we lived next to in Chengdu. 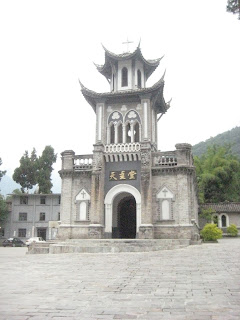 But Moxi also has an old stone Catholic monastery, repurposed as a historical museum for relics and stories from the Long March. And the red-braid women and the push-scream kids are accompanied down cobblestone streets by old, weathered Han Chinese men in grey canvas wrappings or brown leather jackets (the differences between Han and Tibetan are already indistinct, made muddier in the spectrum of faces here). And it isn't until you've left Moxi that you start to see prayer flags whipping from roadside fences, though you can find here all the same pastel colors: around the windows, or lining wicker baskets full of nonsense, or on the pipes that the jacket men are smoking. Unlike the villages and towns we would see farther west, there are no great embossed gold rolling prayer drums on the streets of Moxi. But they sell small brass twirling ones in every trinket shop. 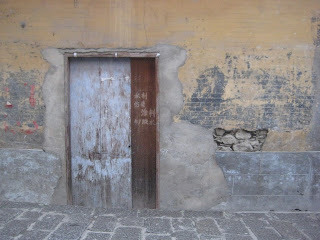 And, on a cool, dry morning, eating fresh bread with yak butter, we hear mountain songs. A group of Tibetan teenagers and twenty-somethings, in sweatpants and camisoles. We find them scattered in a stone courtyard, and after some coaxing and nervous laughter, they sing for us. First a stoic girl who looked over her left shoulder at the last turn of each throat-catching (for her and us) melodic phrase. 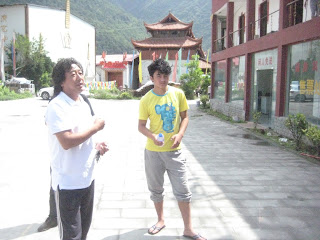 And then this smiling, reluctant, recently-woken kid in the yellow shirt, who clenched his fists and rocked back and forth and pointed his face into the sun, throat open, singing upward at GongGa.

this last week or so

a few from Brinn's camera. More soon from the others.... 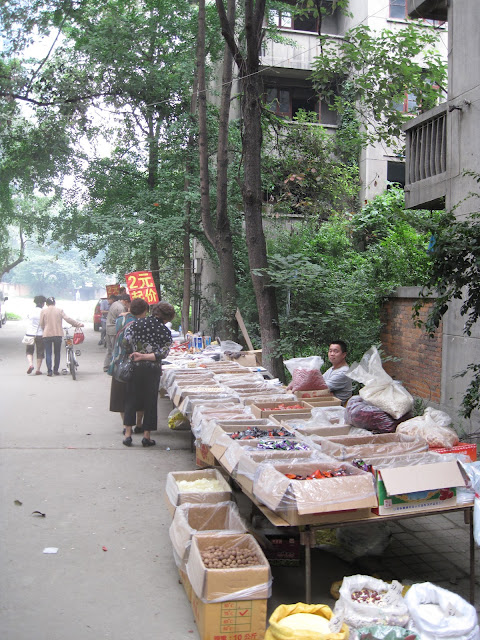 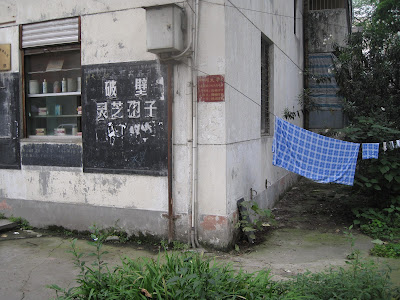 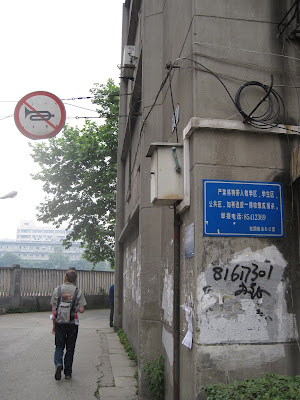 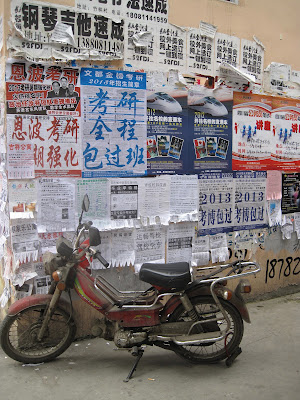 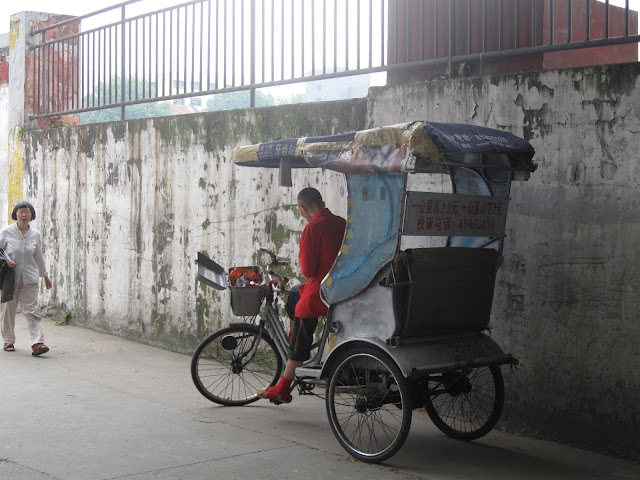 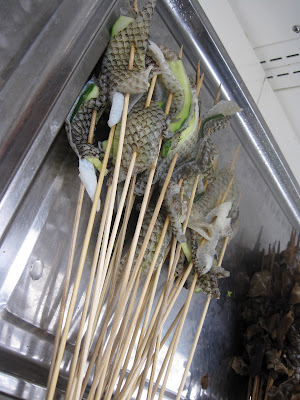 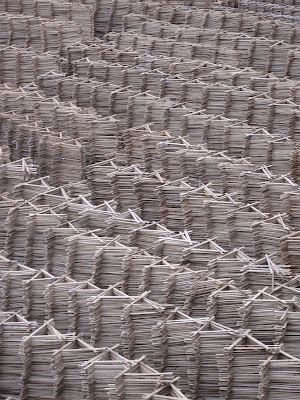 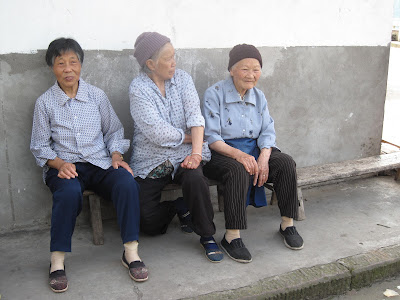 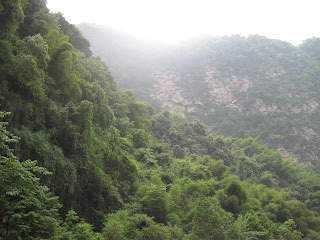 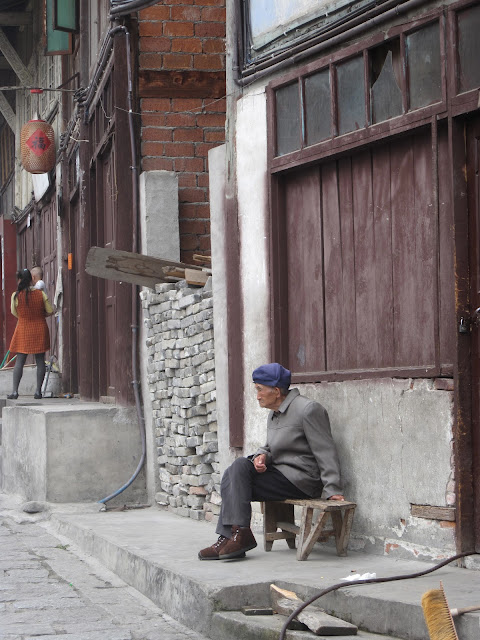 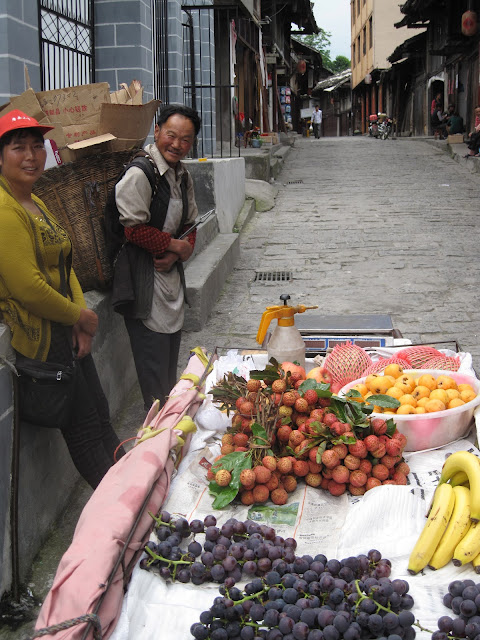 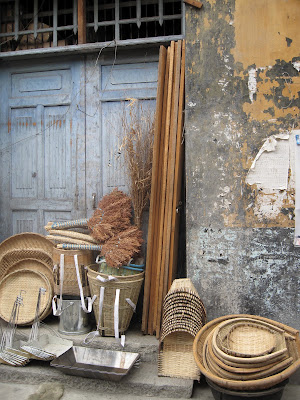 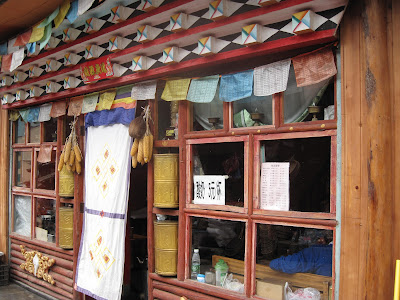 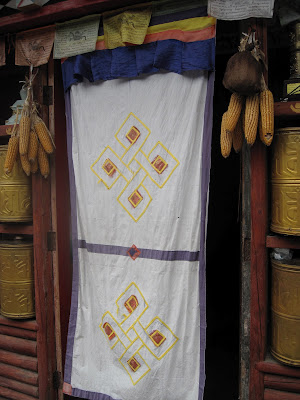 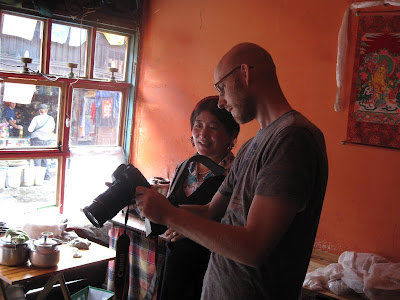 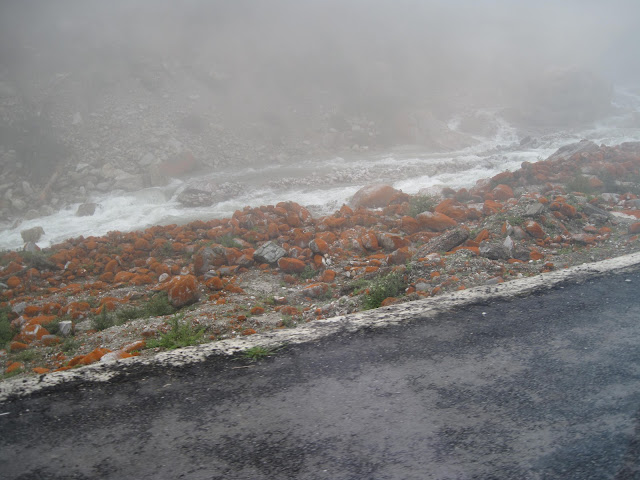 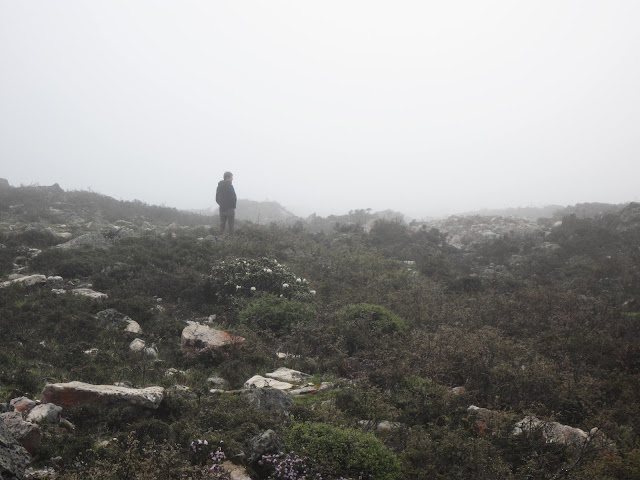 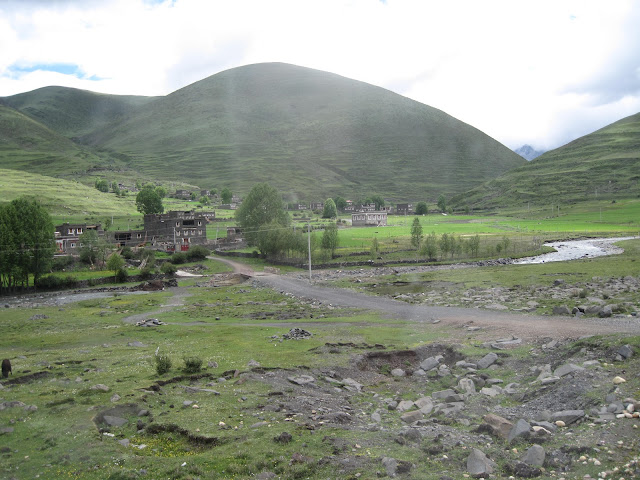