It was a MATTEO weekend. 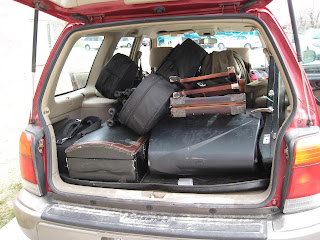 Thursday found us in the rather chilly basement of a barn, filming with the fabulous tiger in a jar. Video to follow. For now, we will say again how happy we are to be working with these two.

(Have we told you lately we're really going to China this summer? Well we are. And we're taking this duo with.)


Friday at 6:30 am, we were stuffing the back of the red subaru with sound equipment and instruments and driving south where we were the opening act for the Chinese Conference being held at UVU. We were honored to be a representation of sorts of what the whole conference was about, that of what happens at the intersection of west and east. We believe it can be a very beautiful place. At least one filled with music. 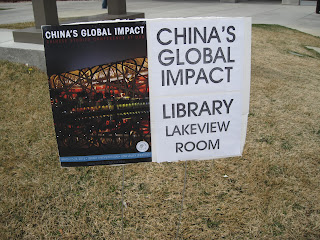 We were asked to play also after each lecture as well as the hour lunch. With lecturers from every continent (excluding, unfortunately, Antarctica) on topics ranging from the implications of China's soft power to the importance of Chinese poetry in making meaning of the status quo, it was a fascinating two days.

We were  happy to serendipitously run into one of Matteo's number one fans while walking around campus. Her enthusiasm for our band is quite something, and the next day she convinced a group of her friends to come watch us play at lunch, followed by a little private concert for their trouble. Matika, you are great.

After the end of the conference each day, it was back to SLC where we were part of the City Creek Center opening extravaganza both nights. Beautiful warm evenings and lots of people, including many family and friends.
[thank you!] 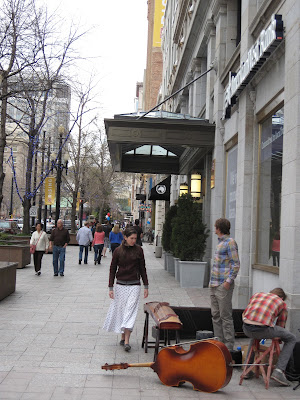 It was the most Matteo playing we have done in a 72 hour period thus yet. Luke's fingers almost fell of. So we wrapped them with climbing tape, making bass playing less painful and guzheng plucking an adventure.

We love making music. No big surprise there. But we are always surprised when we hear people love the music we make. Not trying to be overly humble or self deprecating, but when you create a song and send it out into the world, you really never know what it sounds like to the ears of those who didn't help make it. And whether or not people like it, it's still this sort of extension of yourself that you both find immense pleasure in sharing and at the same time feel as if caught in a dream wearing only your underwear.

Exposed some would say.

It seems there are two ways of coping with this as a musician. Route a) You find what people like, and try your best to create something similar. Discover a formula, follow it zealously, and promote promote promote.

Route b) Make music. Make it in whatever style it comes. Ignore any nagging worries people may not like this or comparing it to anything or anyone already out there. Share it.

We are trying route b. We are having a great time doing it. We will not become famous. We are good with that.

But it is always nice to hear someone is moved or made happier for your efforts. That's what music is all about.

We find ourselves almost giddy when people come up to us at concerts or farmers markets and share how much better their day/life is because of our music or when we hear our chinese-american-folk-fusion --not yet even a real genre-- has nonetheless touched someone in some way.

So here's our commitment to stick to route b. And here's to many songs and concerts and sharing to come.


"You guys came and performed at my school, and since then I have been addicted. I just want to thank you so much for changing me for better, and I hope someday you can reach the hearts of many many more."


Mollie's  blog
Nelda's blog
Posted by MATTEO at 9:45 AM No comments: 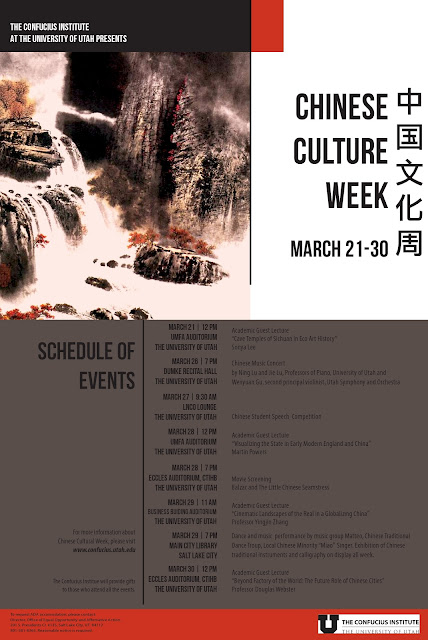 We are honored to be a part of this Chinese Culture Week put on by the Confucius Institute at the University of Utah.  So many great events celebrating and showcasing a culture we love.

We will be playing on Thursday, the evening of the 29th in a program with a traditional chinese dance troupe as well as a singer from the "Miao" ethnic minority of China.
Posted by MATTEO at 12:22 PM No comments:

And while we were hesitant about starting a blog, our hesitation is now replaced entirely with excitement about things to come.

We just returned from the Confucius Institute where we had our first meeting with the delightful and talented husband-wife team  behind tiger in a jar. We left feeling in every way opposite the gray and blustery weather. Things are in motion. Great things. 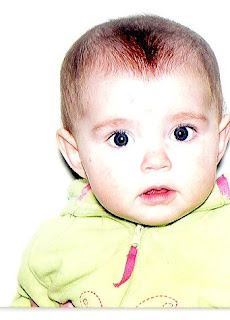 We can't spill all just yet, but suffice it to say our 7 month old just got her passport pictures taken. And we may or may not be sponsored as artists in residence at Sichuan University in Chengdu this June...

So a blogging we go.
Posted by MATTEO at 3:26 PM No comments: